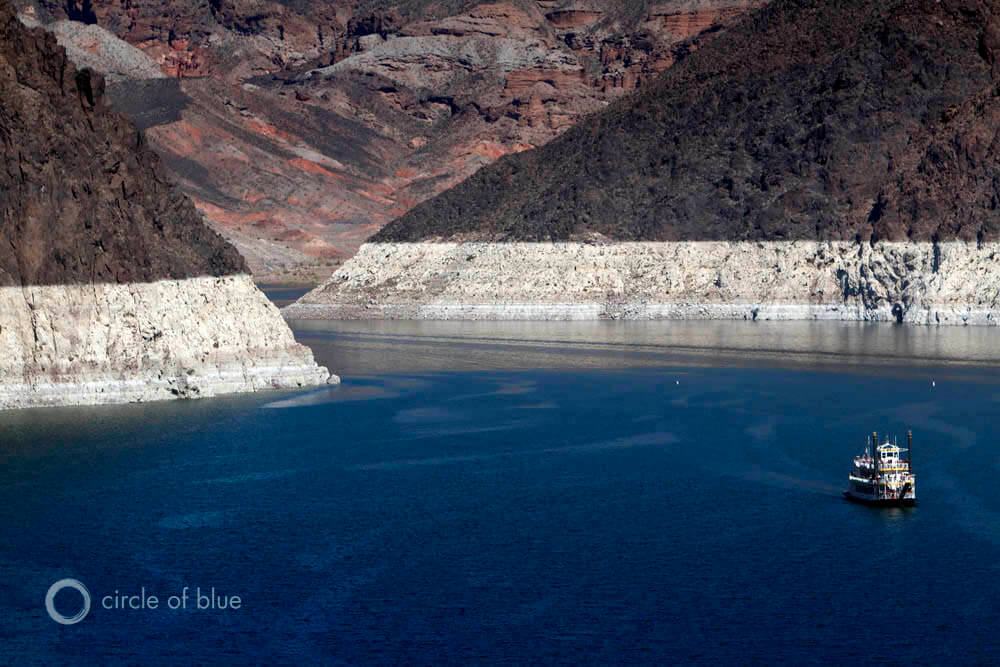 Just over 150 years ago, on May 24, 1869, John Wesley Powell set off from Green River, in the Wyoming Territory, into the “great unknown.” The first known descent of the Colorado River through the Grand Canyon, his daring and courageous exploration captivated a young nation. Powell exited the Canyon on August 30, 1869, with enough food to last only five more days. No one died on the river, but they came close.

Four of the 10 men abandoned the expedition before it ended. Powell embarked on this expedition with only one arm, having lost his other during the Civil War. His meticulous notes, surveys, barometric readings and geological observations, from this journey and a second one in 1871, filled in the last blank space on the map of the United States.

Powell’s knowledge of the West’s topography, geology and especially hydrology led him to propose a radical plan for settling the arid West. The Homestead Act of 1862 promised virtually any citizen 160 acres of federal land if he or she resided on and improved it. In 1878, Powell published his Report on the Lands of the Arid Regions of the United States, which argued that 160 acres was too much land to give away if the land had water and too little if it did not. He urged the federal government to dedicate lands for different purposes. Lands located at high elevation would become timber lands; medium elevation: grazing lands; and low elevation: farms.

Powell also argued that the watersheds of the American West should define the boundaries of states. His proposal was brilliant, and doomed. Speculators and hucksters would have seen their dreams of riches go up in flames if Congress had embraced Powell’s proposal. Instead, government surveyors in Washington, D.C., drew straight lines on a map along swaths of country they had never visited and could not imagine contained the Sierra and the Rockies. Every state west of a line from North Dakota to Texas has a border that is a perfectly straight line. Wyoming and Colorado are rectangles, despite the Rocky Mountains.

Because Powell lost the battle for determining state boundaries, most historians have failed to understand his surprising legacy. In fact, Powell’s ideas powerfully shaped development of the West’s water supply. Most dams in the eastern half of the United States are privately owned. Powell’s knowledge of the West’s great canyons and rivers convinced him that only the federal government had the resources necessary to build the infrastructure needed for a western agricultural economy. Powell proposed that the federal government plan and control the water supply in the West.

Powell’s ideas resonated in the U.S. Bureau of Reclamation, which was created in 1902, the year that Powell died. Over the next 60 years, the bureau planned and supervised the construction of dams across the West, mostly at high elevations, and of irrigation systems, mostly at low elevations—just as Powell advocated.

The bureau’s dams created reservoirs that store water for farms and cities. Hoover Dam created Lake Mead, which is 120 miles long; Glen Canyon Dam created 185-mile-long Lake Powell—named for John Wesley Powell. When full, these reservoirs hold almost four years of Colorado River water. But the level in the lakes has been dropping since the drought started in 2000. This year’s heavy snowpack is welcome news. However, after 19 years of drought, Lakes Mead and Powell are more than half empty.

Rights to Colorado River water depend on a complicated set of legal documents—collectively known as the Law of the River—which allocates water to the seven Colorado River Basin states and the Republic of Mexico. The states and Mexico have rights to 16.5 million acre-feet of water (MAF). A quaint agricultural term, an acre-foot is approximately 325,000 gallons. These allocations occurred in the first half of the 20th century when hydrologists and water managers believed that the annual flow of the Colorado River averaged 18 to 20 MAF.

In the latter part of the century, tree-ring scientists at the University of Arizona determined that the annual flow over the past 500 years was only 14 MAF. Quite simply, there are more water rights than there is water. To make matters worse, this imbalance does not account for the impact of evaporation loss off Lakes Mead and Powell (estimated at 1.1 MAF annually) and declines in flow due to climate change (estimates range between nine and 20 percent).

Powell predicted water shortages back in 1893 when he observed that the American West was “piling up a heritage of conflict and litigation over water rights, for there is not sufficient water to supply these lands.” The 20th century proved him prescient as the Colorado River Basin states fought each other over their share of water. In 1934, Arizona called out the National Guard to block the construction of Parker Dam, which would divert water into California. One especially contentious case, Arizona v. California, began in 1952 and did not end until the U.S. Supreme Court issued its final decree in 2006.

The Colorado River Basin states were slow to accept the reality of water shortages. In the late 1990s, the states were arguing over which state should get surplus water. In 2000, the drought struck.

By 2007, the basin states realized that they are playing a game of musical chairs. Rather than resort to litigation, the states tried a new approach: negotiation and conciliation. They reached consensus on principles of shortage, known as the Interim Guidelines, which the Secretary of the Interior adopted. The guidelines use specific elevations in Lake Mead to trigger increasingly severe cuts as the lake level drops.

As the Colorado River Basin states and Mexico confront the reality that the River doesn’t have enough water to satisfy all the claims to it, they are entering their own version of Powell’s “great unknown.” They have nimbly responded by embracing economic incentives for existing users to reduce consumption. Forbearance agreements, dry-year lease options and rotational fallowing programs are creative mechanisms for encouraging farmers, who consume 70 percent of the river’s water, to use less. The goal of these programs is to keep Lake Mead from dropping below the level that would trigger mandatory reductions. Earlier this year, the seven basin states agreed to a Drought Contingency Plan, which Congress ratified and the President signed.

Alas, not everyone is on the same page. Colorado, Utah, New Mexico and Wyoming have proposals to build new dams and to divert more water, not less. The most incongruous one is the proposed Lake Powell Pipeline.

St. George, Utah, is a mecca for retirees, who want to replicate communities in the Midwest by having lawns, rose bushes, golf courses, a water park and inexpensive water—in an area that gets eight inches of rain a year. Located in the southwestern corner of Utah, only 45 minutes from Las Vegas, St. George is the fastest growing metropolitan area in the country with one of the nation’s highest water-use-per-person rates.

Because the St. George area lacks a conservation ethic, the region thinks it needs more water. And they propose to get it from Lake Powell, which is roughly 140 miles away. Hence, the pipeline. This $1.1 to $1.8 billion project would move 86,000 acre-feet per year through a six-foot-diameter pipe, with the help of five pumping stations and six power plants. It’s not clear who is going to pay for this project, which would be unnecessary were St. George to get over its love affair with lawns and price water appropriately. In sharp contrast, neighboring Las Vegas pays residents to rip out lawns in order to conserve water.

The drought plan provides a reprieve until 2026, when the guidelines expire. Before then, the basin states need to craft a durable long-term plan to reduce their reliance on the water of the Colorado River. The states have available options for confronting water shortages: conservation, reuse of municipal water, desalination of ocean water, pricing water appropriately and employing market forces to reallocate water. Powell’s biographer, Wallace Stegner, observed that Powell was a thinker ahead of his time who could “wait for the future to catch up with him.” If the basin states can reach a consensus, perhaps they will catch up with Powell.

View this article at: Scientific American