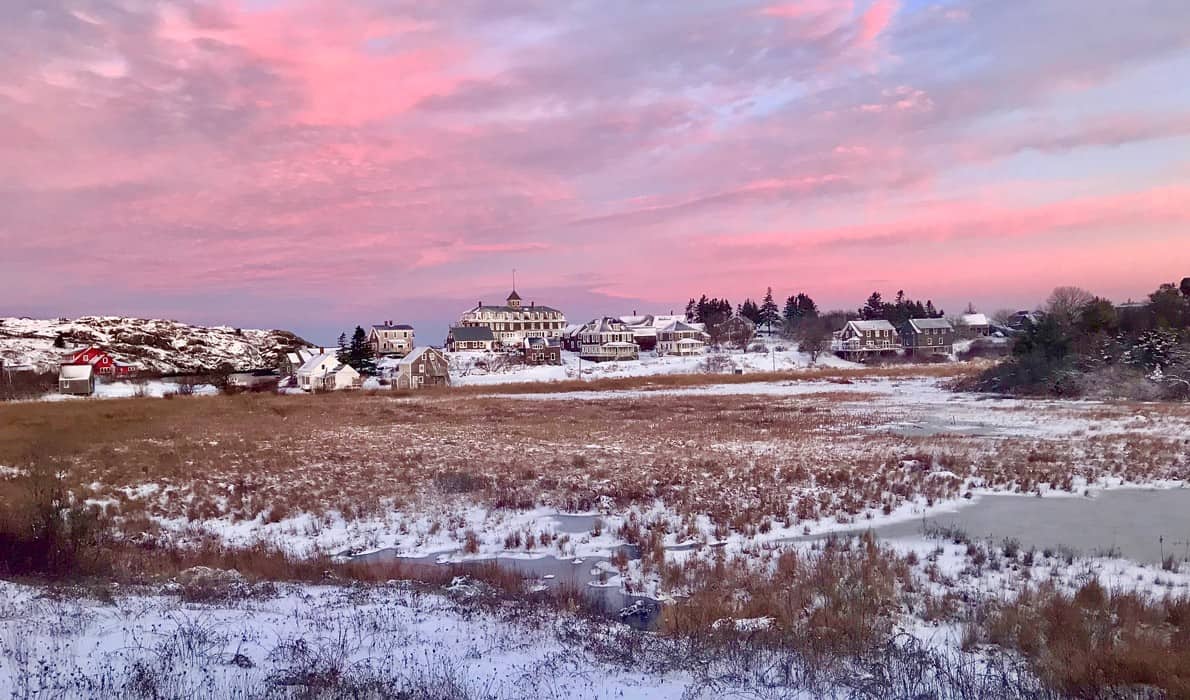 Water harvesting as a solution for island communities

Saltwater intrusion into coastal groundwater aquifers has bedeviled Maine homeowners as well as others on the East, Gulf and West coasts. When water gets pumped from wells, the pumping creates a hydraulic vacuum that moves water, fresh or salt, laterally until the pressure subsides. Gravity relentlessly moves water to its lowest level. As ocean water warms, it expands and rises, thus creating its own hydraulic imbalance. Higher ocean levels increase the pressure for water to move into areas where the watertable is lower: our wells.

The city of Los Angeles has resisted saltwater intrusion for decades by pumping treated municipal wastewater into aquifers along the coast, thus creating a barrier to further lateral migration of seawater. That’s trickier to do in Maine, with its cracked granite formations. The common solution in Maine is to drill deeper wells in search of a subterranean aquifer unconnected to the shallower aquifer. That’s risky and expensive. What appears as a confined formation may turn out, after new wells begin to pump water, to have cracks in it.

Communities in the American West, such as Tucson, have employed techniques of water harvesting originally created by Native Americans a millennium ago. Hopi farmers still terrace their fields on hillsides allowing water to flow down from level to level, providing critical irrigation water along the way.

Today, Tucson residents make cuts into street curbs in order to capture rainwater flowing after monsoon events. At our home in Tucson, we harvest rainwater that hits our roof, funneling it into an 850-gallon cistern for later use or directly into basins to water shrubs and trees. We collect water for landscaping not indoor use. However, water harvesting could provide potable water.

On San Juan Island off the coast of Seattle, excessive groundwater pumping has caused the water table to drop and salt water to intrude into wells. Homeowners Teddy and Alice Dean worked with a company that specializes in building water catchment systems. They installed a corn silo down the hill from their home. It holds 15,000 gallons of water and has a rubberized liner to prevent leaks. During the Northwest’s rainy season, gutters and downspouts on the roof collect rainwater, which flows by gravity downhill to the silo.

The Deans installed a triple filtration system with two sediment filters and an ultraviolet electronic filter. This system brings rainwater up to drinking water quality. An electric pump at the bottom of the silo supplies water as needed. Maintenance is pretty simple: change the filters and ultraviolet bulb every nine months to the tune of $500. The entire system cost $15,000—a lot of money, to be sure. But it allows the Deans to continue living on an island with a sustainable year-round supply of water.

Mainers will need to overcome some obstacles before water harvesting becomes commonplace. Maine’s frigid temperatures and biting winds pose challenges not encountered in the temperate Pacific Northwest. Keeping the pipes and harvested water from freezing poses a formidable challenge. But Mainers are resourceful and resilient. Plumbers and builders will figure out what materials work best for constructing and insulating catchment systems.

Water harvesting could become a critical water supply tool for Maine’s island communities and coastal residents. Areas along the Maine coast get an average of 46 inches of rain a year; that’s more than Seattle gets. Why not put some of it to domestic use?

View this article at: Island Institute

Restore the Salton Sea not to its former size but to its role in the ecosystem – Brent M. Haddad and Robert Glennon

California’s largest inland body of water is in trouble. Inflows to the Salton Sea have decreased, salinity is growing, the ecosystem is collapsing, and neighboring communities are suffering high rates of respiratory illnesses caused, many believe, by contaminants in…

Robert Glennon Opines: ‘If You Live in New York City, Why Should You Care What Happens to the Colorado River?’

The Colorado River is facing a crisis caused by the seven basin states diverting more water from the river than Mother Nature reliably provides, a nasty 23-year drought that shows no signs of ending, and climate change.

National Hockey League teams in the United States and Canada annually use 300 million gallons of water to operate their arenas. Most facilities use a surprising amount of water. Yet facility managers, much like everyone else, might take water for granted.